Want to hit the ski slopes this winter but not sure where to head? Caractere UK has rounded up a list of the top ski destinations in the Britain and around Europe just in time for you to book your holiday trip or spring excursion. Check out our list of award-winning, unique and  destinations toin style this year.

Scotland
Feeling a desire to stay local for your ski holiday? Some may doubt it’s possible but the Scottish tourism bureau wants to prove otherwise by raising awareness of the country’s numerous ski areas. Scotland offers five great ski resorts for locals and international travelers alike to enjoy. In terms of season, snow falls on a somewhat regular basis from December until March, allowing four months of winter sport fun, as long as the current weather conditions permit it. One must take care on the route to the resorts however, as driving in the Scottish highlands during a blizzard does not rank among the most simple of tasks. However, since the five resorts are situated within a relatively small distance of one another, it’s possible to visit them all in the span of a week or two. 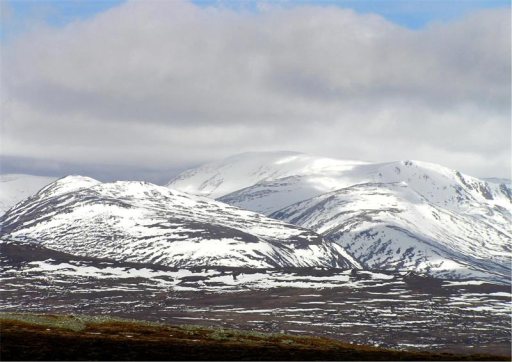 Cairngorm National Park’s mountain range features three ski areas: Glenshee, Lecht and Cairngorm Mountain. The first, Glenshee includes some 25 miles of ski slopes spread out across four mountains, making it the largest resort in Scotland. Lecht provides an ideal launch pad for beginners to the sport with its abundance of easy slopes. Cairngorm Mountain, or Cairn Gorm as it’s sometimes called, offers a mixed selection of runs for all levels of experience. The two other resorts, the Nevis Range and Glencoe Mountain, lie near Fort William, making them only a few hours away by car from the Cairngorn ski areas. Glencoe, the “original” ski area is Scotland is home to the longest continuous descent in the country, at 2600 ft. Its popular Microlodges permit an affordable lodging solution for guests on a budget. Finally, the Nevis Range boasts an impressive 12 lifts and over 20 km of slopes. Experts advise checking the weather forecast before planning a trip to either of these destinations, as snowfall can be anything but predictable.

France
The most common destination for Brits wanting to ski abroad, France continues to lure visitors from our shores above all to its stunningly beautiful Alps. Among its strengths, the country can claim Mont Blanc, the highest point in Europe, as well as one of the largest ski areas (Les Trois Vallées) and biggest floored cable cars (the Vanoise Express) in the world. A relatively late player on the international ski scene, France saw a flurry of resort development starting in the 1960s, meaning most equipment and infrastructure comes with a modern twist. 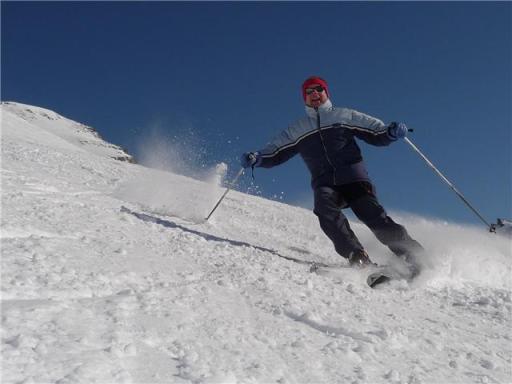 Near Provence in the region of Alpes-de-Haute-Provence, ski enthusiasts can find a brilliant landscape of mountain ridges, valleys and generally sunny weather. Check out the Espace Lumière, which includes more than 200 km of slopes at two different resorts. Closer to Switzerland one can visit the famous region of Haute-Savoie. Called “the roof of Europe,” at 4,810 m Mont Blanc sits among a list of other world-renown local landmarks, including Lake Annecy, the Chamonix ski mecca and the gorgeous Lake Geneva. At the Three Valleys area, newcomers can literally spend weeks trying to cover all the slopes of the Courchevel, Méribel, Les Menuires and Val Thorens resorts. In Savoie itself, one can find the reputed La Plagne, Tignes and Valmeinier resorts. A bit south of there, other impressive peaks lie among a varied terrain in the Hautes-Alpes region, with hundreds of kilometres of pistes available at Dévoluy, Forêt Blanche and Serre Chevalier. Finally along the Mediterranean coast, the Maritime Alps make a lovely location for winter sports in close proximity to the sea and the French Riviera’s chic resorts. 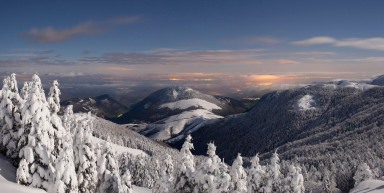 Baretous Piemont in the Pyrenees

Along the Spanish border and closer to Germany, skiers can rejoice in two of France’s less well-known ski destinations. A diverse offering of resorts call the Pyrenees home, from the rustic Font-Romeu to the luxurious Cauterets and the famous Pic du Midi. Near to Germany, the Alsace region offers impeccable ski slopes in the pristine Vosges Mountains. Don’t miss Gerardmer, which some call the most beautiful resort in the area, as well as the massive La Bresse ski area.

Andorra
Sandwiched between its better known neighbours of Spain and France, many overlook Andorra when considering continental ski vacation options. While it may seem relatively small in terms of geographic size, Andorra offers some world-class skiing opportunities. Between its two resort areas, Grandvalira and Vallnord, a variety of steep and peaceful runs await the visitor. The former ranks among the largest ski areas in Europe outside the Alps. The latter provides a more unique experience, with two very different resorts, one for beginners and one for experienced skiers who enjoy forested runs. While in Andorra, take advantage of this shopping mecca’s affordable prices and lack of taxes on certain products. 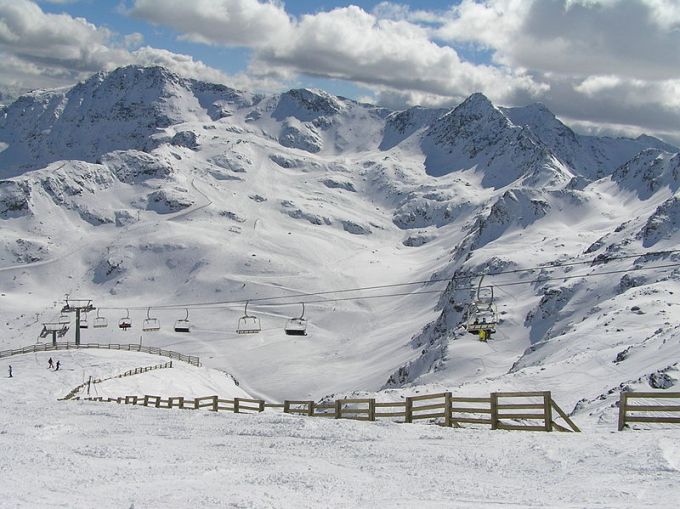 Slovakia
In the centre of Europe, skiers can find a wonderful, hidden gem to practice their favorite sport. Surrounded by a mix of diverse cultures (Poland, the Czech Republic, Austria, Hungary and Ukraine), a visit to Slovakia is an original experience to say the least. Along with its unique location, Slovakia also provides a seemingly limitless span of forested mountain land for outdoor adventures. Nine national parks protect nearly every undeveloped corner of the country, ensuring it will not disappear due to the threat of development, as has been common in other European ski destinations. Since the 19th century, people have been venturing to the remote villages high in Slovokia’s mountains to take advantage of these zones ideal for skiing. The most famous ski areas in the country lie within two mountain ranges, the Tatras and Fatras. While the High Tatras count among the smallest high mountain ranges in Europe, they provide unrivaled mountain views, rustic cottages and breathtaking lakes. The Low Tatras, in contrast, host a network of underground caves, traditional villages and peaceful wooded slopes for beginner and intermediate skiers.

To learn more about the different types of products we make that can make guests’ stays in your ski resort more comfortable,  check out the Caractere Paris’ UK website, Disposable Linen!